The Secret of the Lost Manuscript

In the spring of 1160, a precious manuscript disappears from Mont Saint-Michel abbey. A persistent rumour immediately breaks out, claiming that the manuscript is full of magic formulae.

Immediately, the Abbot of the monastery, Dom Robert de Torigni, orders his Provost to lead the investigation.

Aided by his sergeants-at-arms and supported by friends recently arrived from the Middle-East and the valet of a young poetess, will Ascelin de Roncei succeed in unravelling the tangled web of suspicious leads and deciphering the notorious spell book to find the culprit?

The suspects are numerous. Could it be the mysterious horseman? Or one of the King’s squires? The Byzantine philosopher? The money changer, Guillaume de Calix from Caen? Or indeed, Queen Eleanor herself? 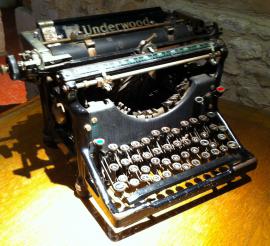 You must be connected to send a message Connect